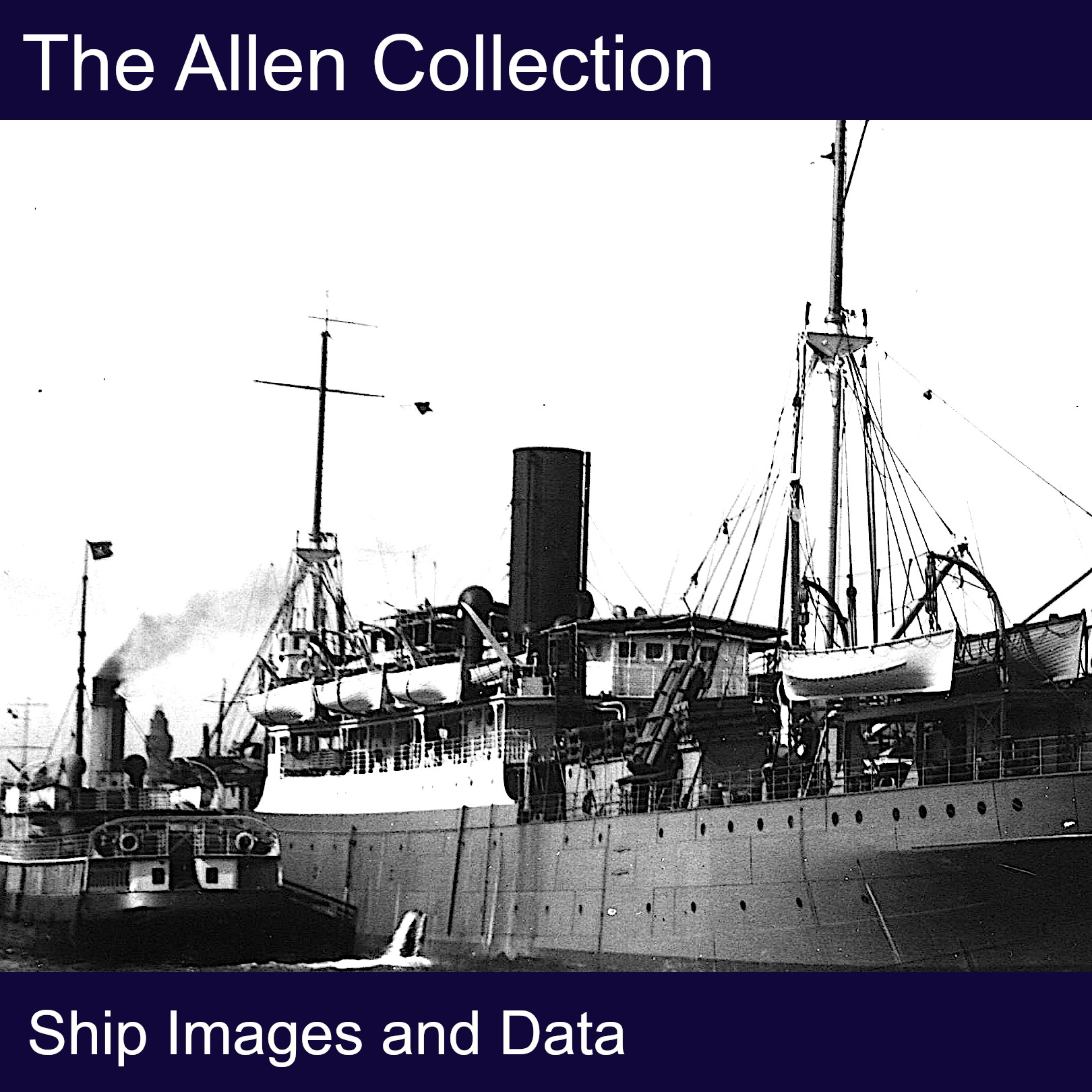 Mr. W. Allen and his son Frank gathered this collection of 5,141 photos of mainly Merchant Navy ships over a period of 60 years. The collection was saved from obscurity by a group of dedicated volunteers who wanted to make it available to everyone with an interest in the Merchant Navy.

The Allens recorded information about the ships on the back of each photo. I am in the process of augmenting and correcting the data with current information.

The passenger ship Athenia was torpedoed on the very day that France and Great Britain declared war on Germany - 3 September 1939. This caused a huge outrage at the time and became a cause célèbre. The story is told with press cuttings from the period and ends with evidence presented at the Nuremburg Trials at the end of WW2. 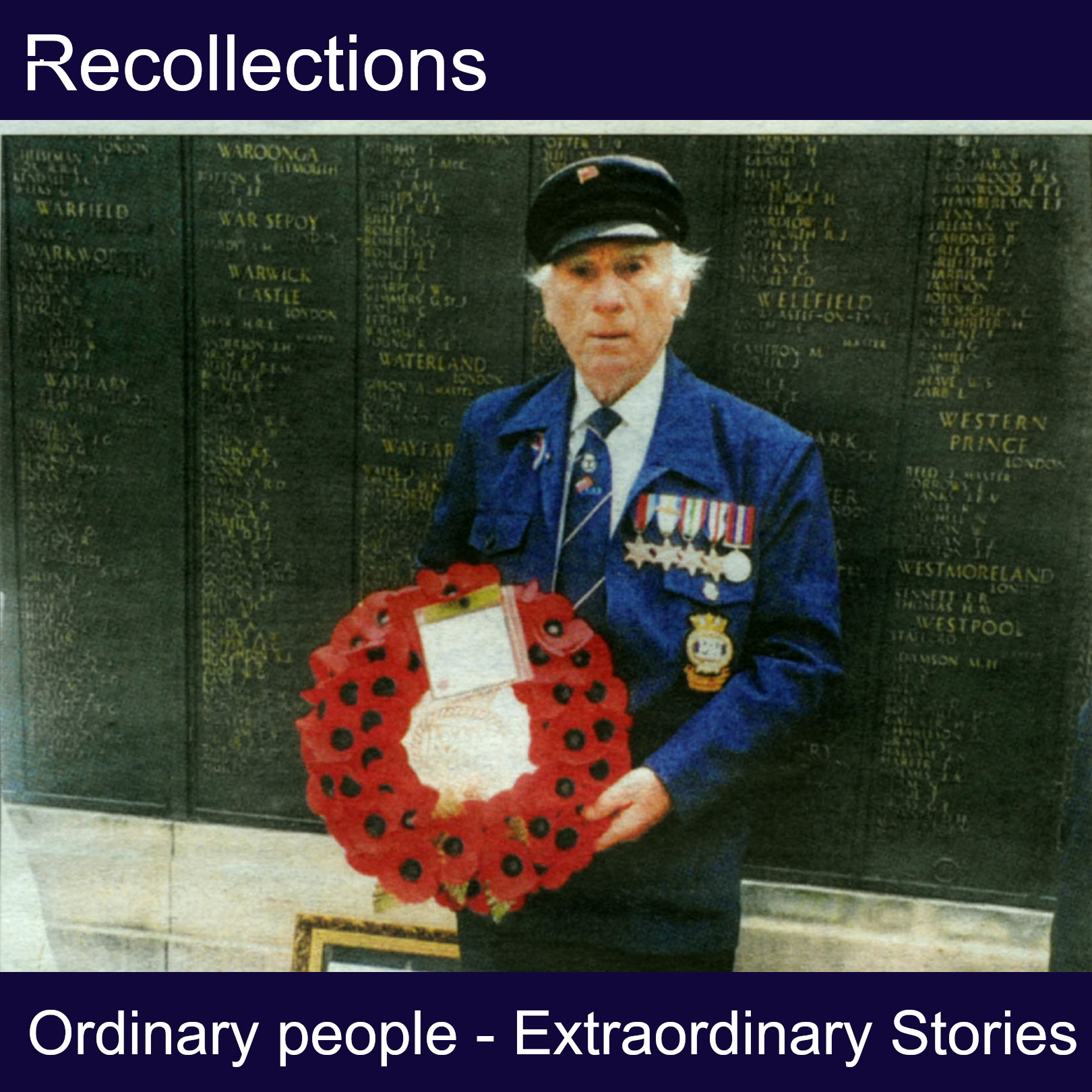 Many seamen have fascinating stories to tell of their experiences - sadly many such stories have been lost as they were never recorded. I started this website to make those that have come to my notice available to a wider public. More and more people are tracing their family history and trying to understand the lives of their parents and grandparents - especially what part they played in WW2 and how they were affected by it. A common theme from people who have contacted me is If only I had asked Dad/Granddad/Uncle Jack more while he was still with us ... but it's too late now he has gone! As my friend Stan Mayes said to former shipmates some time back Don't take your memories with you to the grave!'. Particularly poignant as he has recently crossed the bar.

I have no doubt that visitors to the website will find these accounts of great interest and, if it helps to improve the understanding of the sacrifices made by our relatives during the war, and the debt we owe the Merchant Navy in particular, my efforts will have been worthwhile. 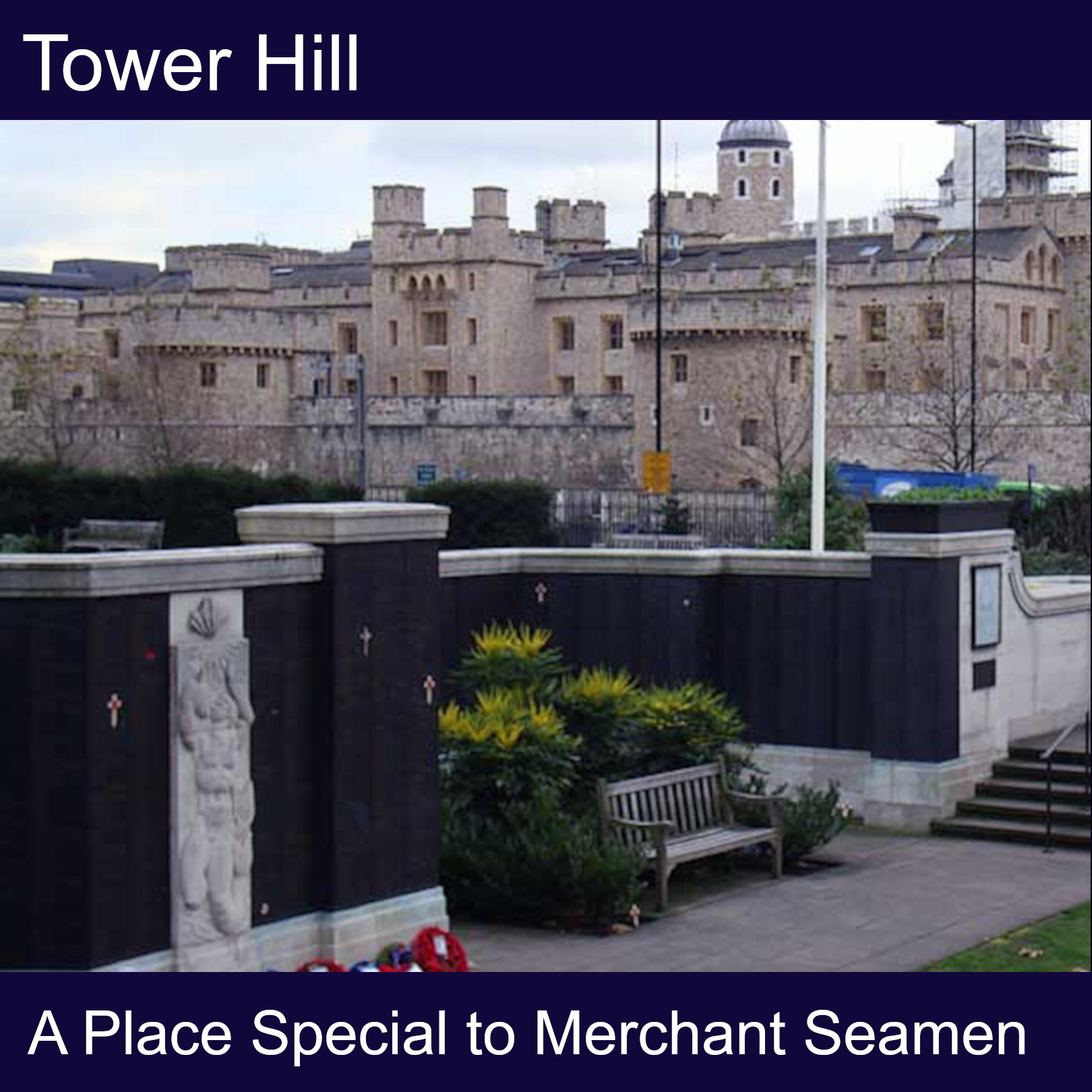 Tower Hill has been an important place throughout Britain's recorded history. In Roman times it lay within the walls of Londinium, William the Conqueror built the Tower of London nearby, and it was used as a place of punishment and execution from at least the 14th Century and probably a lot earlier. Later it became a peaceful place. By Victorian times it had become a park, and after World War 1 Trinity Square Gardens was selected as the location for a memorial to Merchant Seamen 'With no grave but the sea'. This started a pattern and further memorials to Merchant Seamen were added after World War 2 and after the Falklands Islands Campaign.

The website includes an illustrated history of Tower Hill and full details of the memorials including photos of every panel and tables of the people recorded on them. 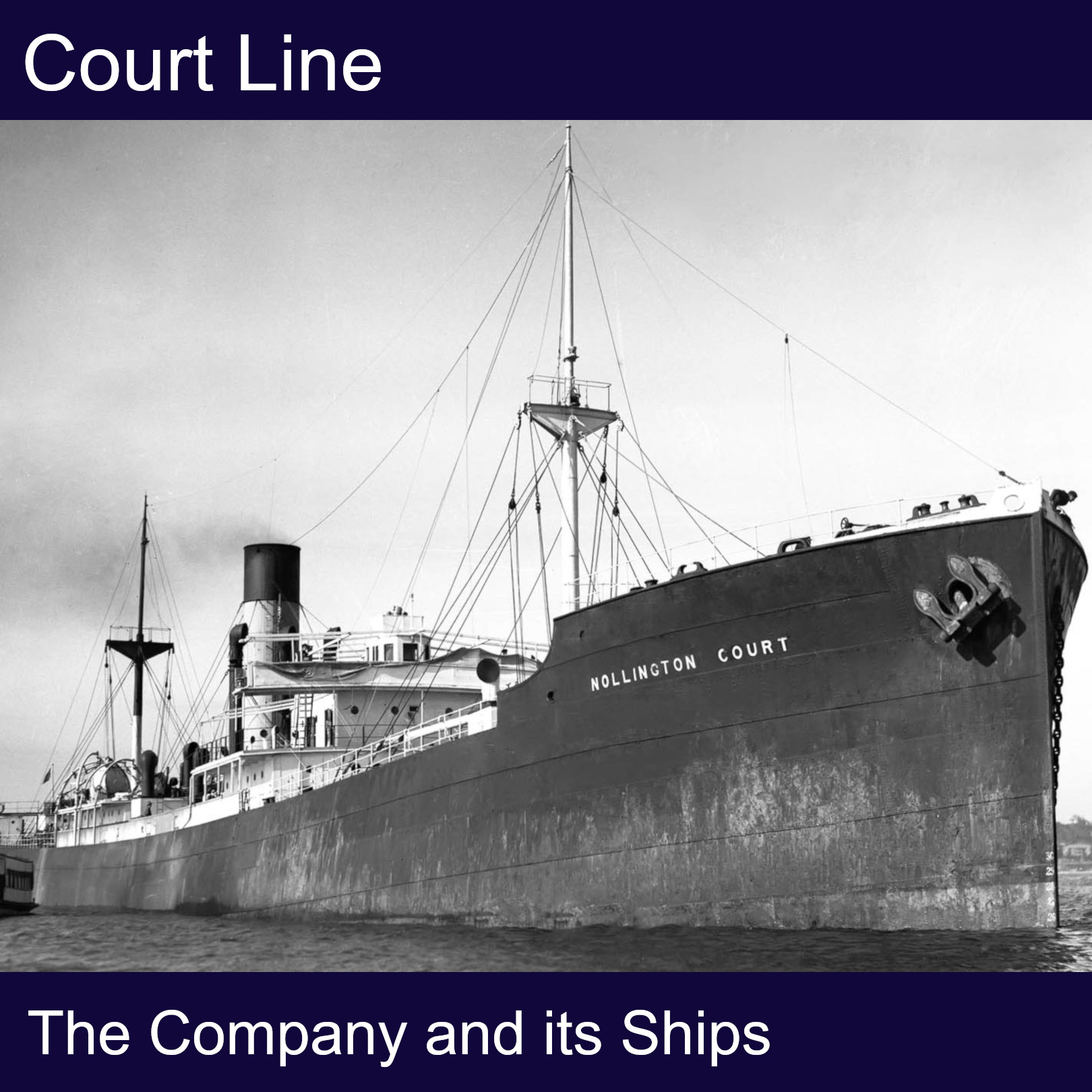 Court Line was an important British tramp shipping company founded in 1905. The website includes details and histories of all Court Line ships with key data and in most cases photographs. There are no books dedicated to this company so the website fills a gap in information available about the company. 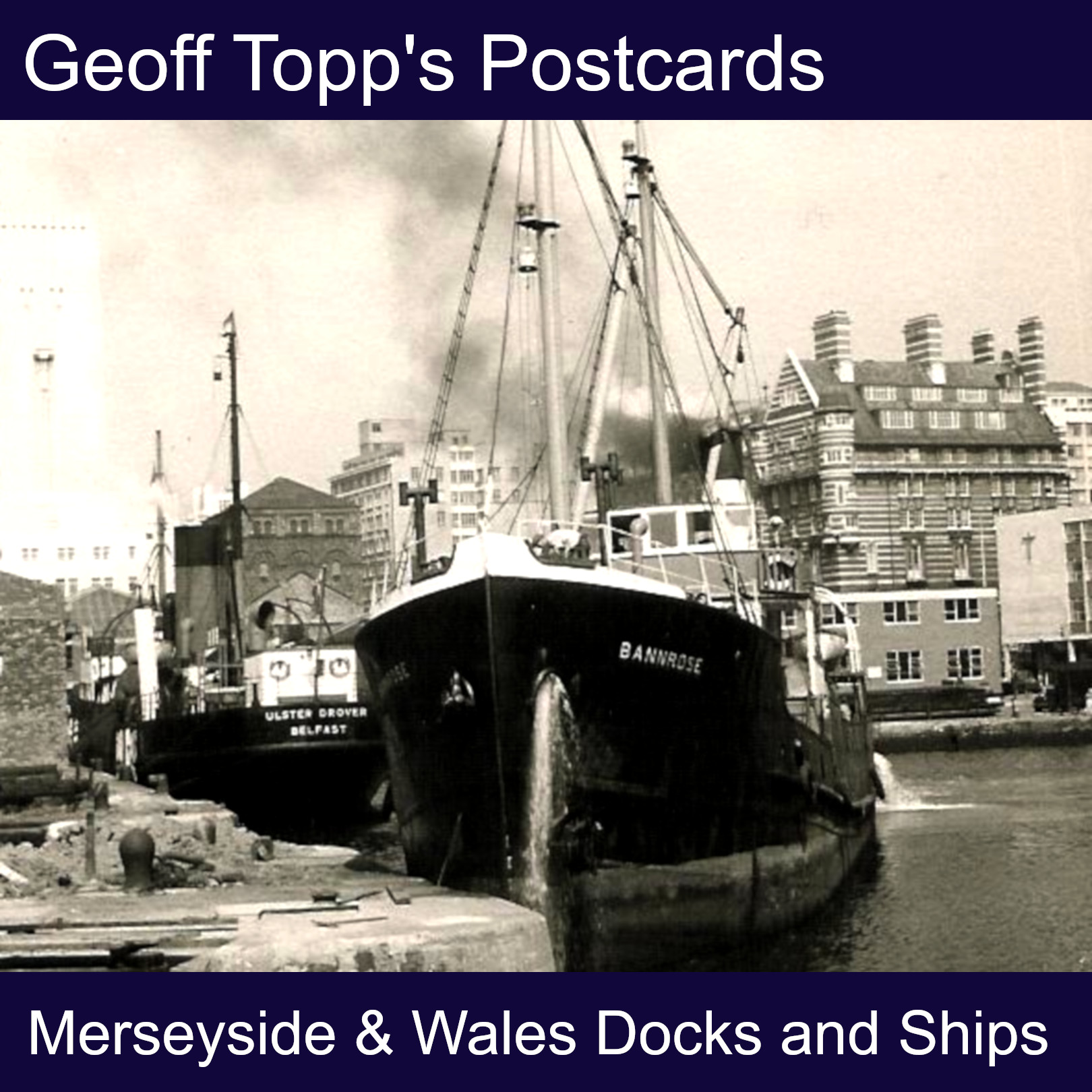 Geoff has spent most of his life on the Mersey starting as a Sea Scout in 1954 and in later life working for 35 years as a Mersey pilot. His collection of postcards was originally published on the excellent MerchantNavyOfficers.com website which ceased operation 2014 following the sad loss of its creator Fred Waddington. It has been re-published with the agreement of Geoff and Fred's wife so it will continue to be available online.

The collection provides an insight into both the Liverpool Docks and the ships that used them in the second half of the 20th Century. 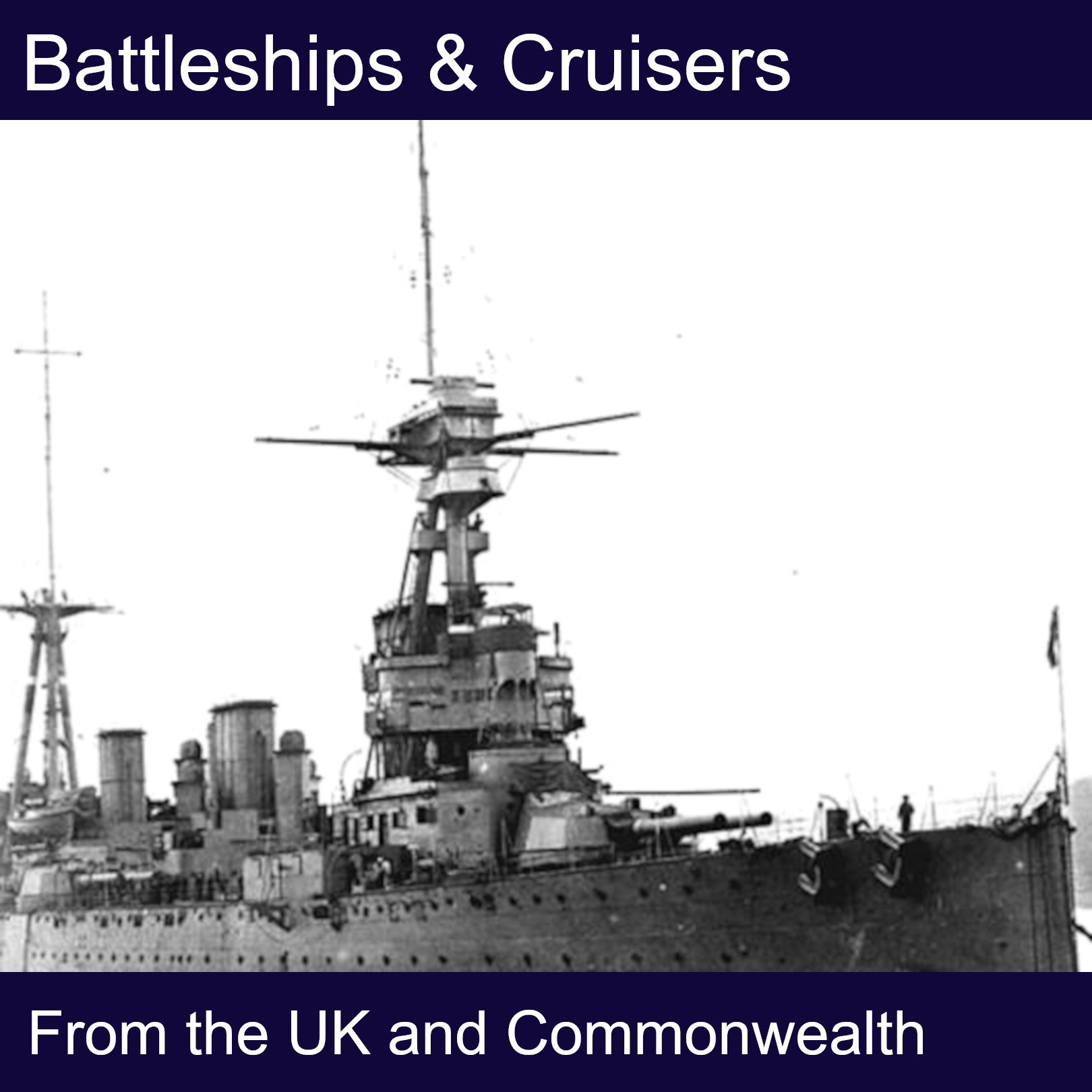 Most of the research for this website has been done by Steve Woodward who has a long-standing interest in these vessels. My main contribution has been to edit the material and add extra photographs. 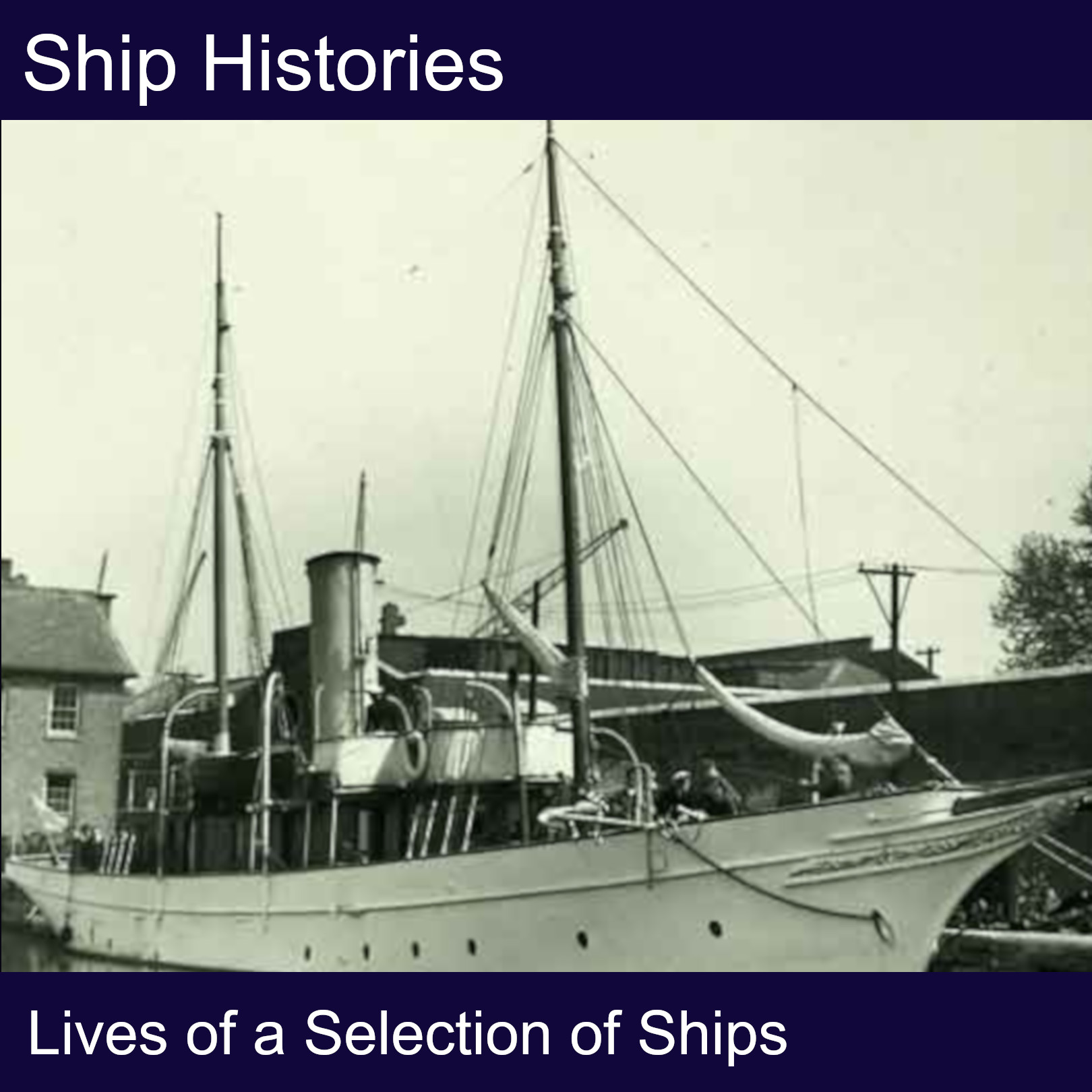 Here you will find histories of various ships that are referred to in the Benjidog Recollections website, or found to be of interest for other reasons.

Content includes photos and information about ownership, name changes, dimensions, mechanical information, what is known of each vessel's service history where this has been discoverable, and the ultimate fate of the vessel.

Information about service in wartime convoys is included where applicable. 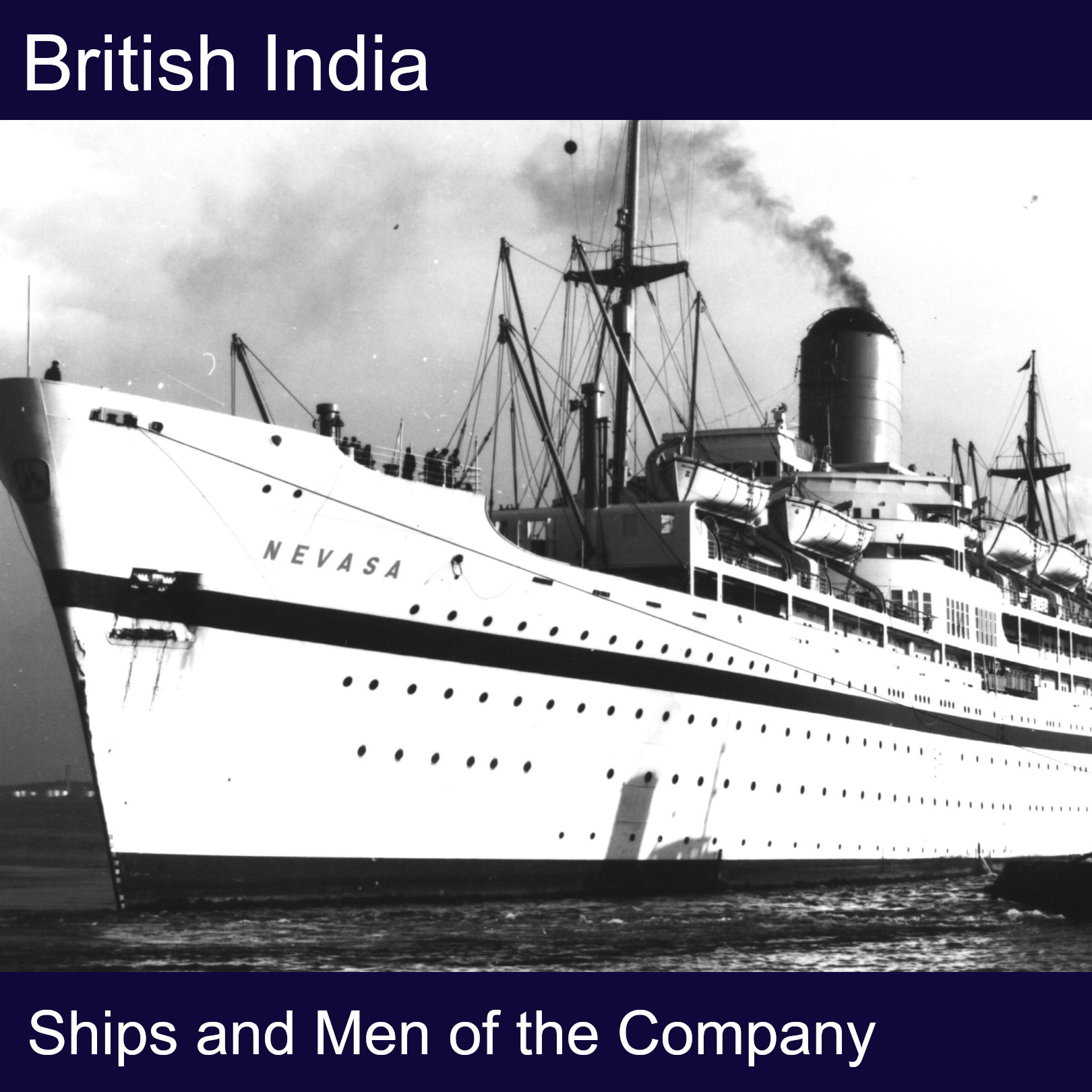 Various resources related to the British India Steam Navigation Company - many of which were previously published on the MerchantNavyOfficers.com website which is now discontinued. 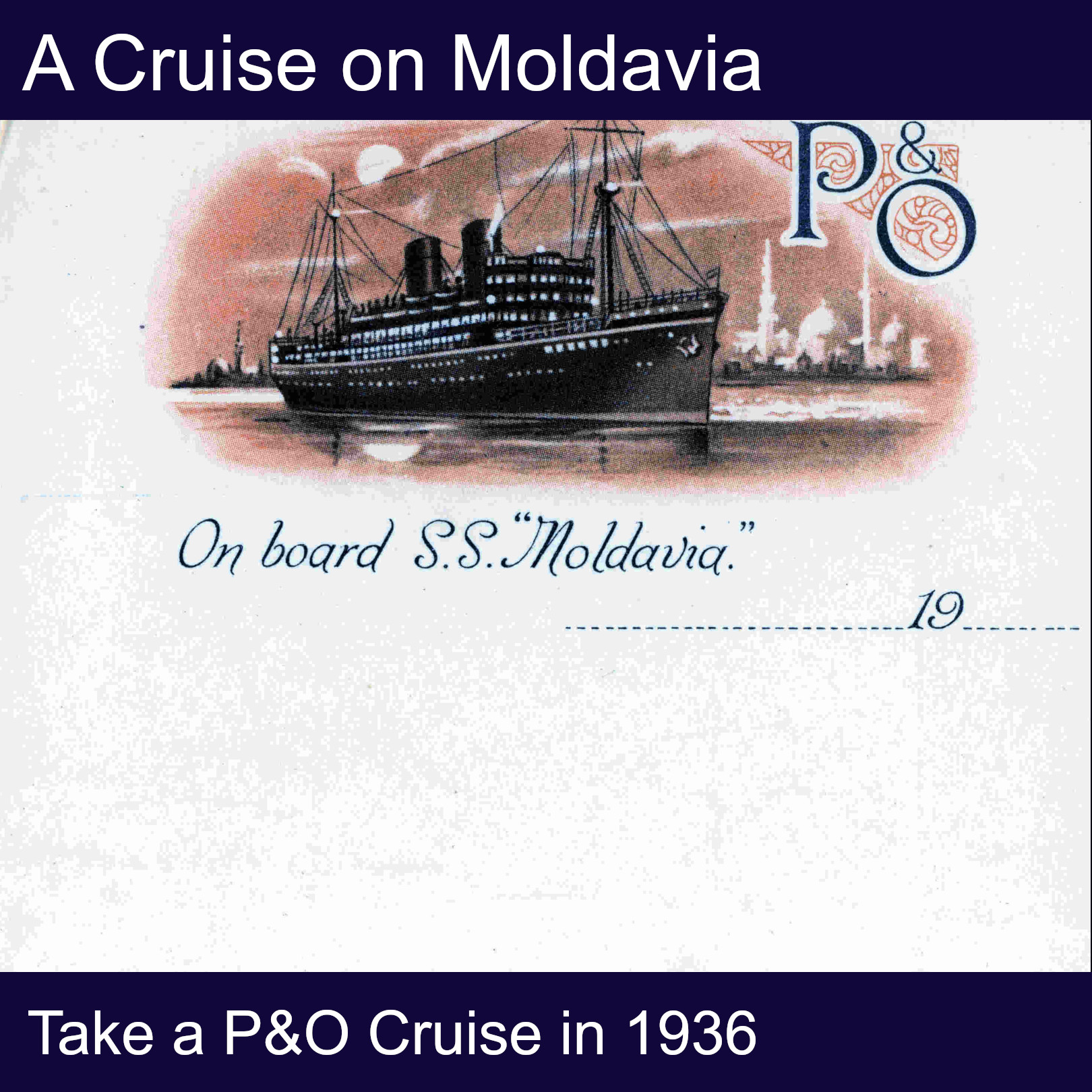 A recreation of a cruise on P&O's Moldavia shortly before WW2. Based on the content of an album of material collected by someone on the cruise and complemented with additional explanatory information and modern photos.

This latest addition to the Benjidog Historical Resources was added in 2019. 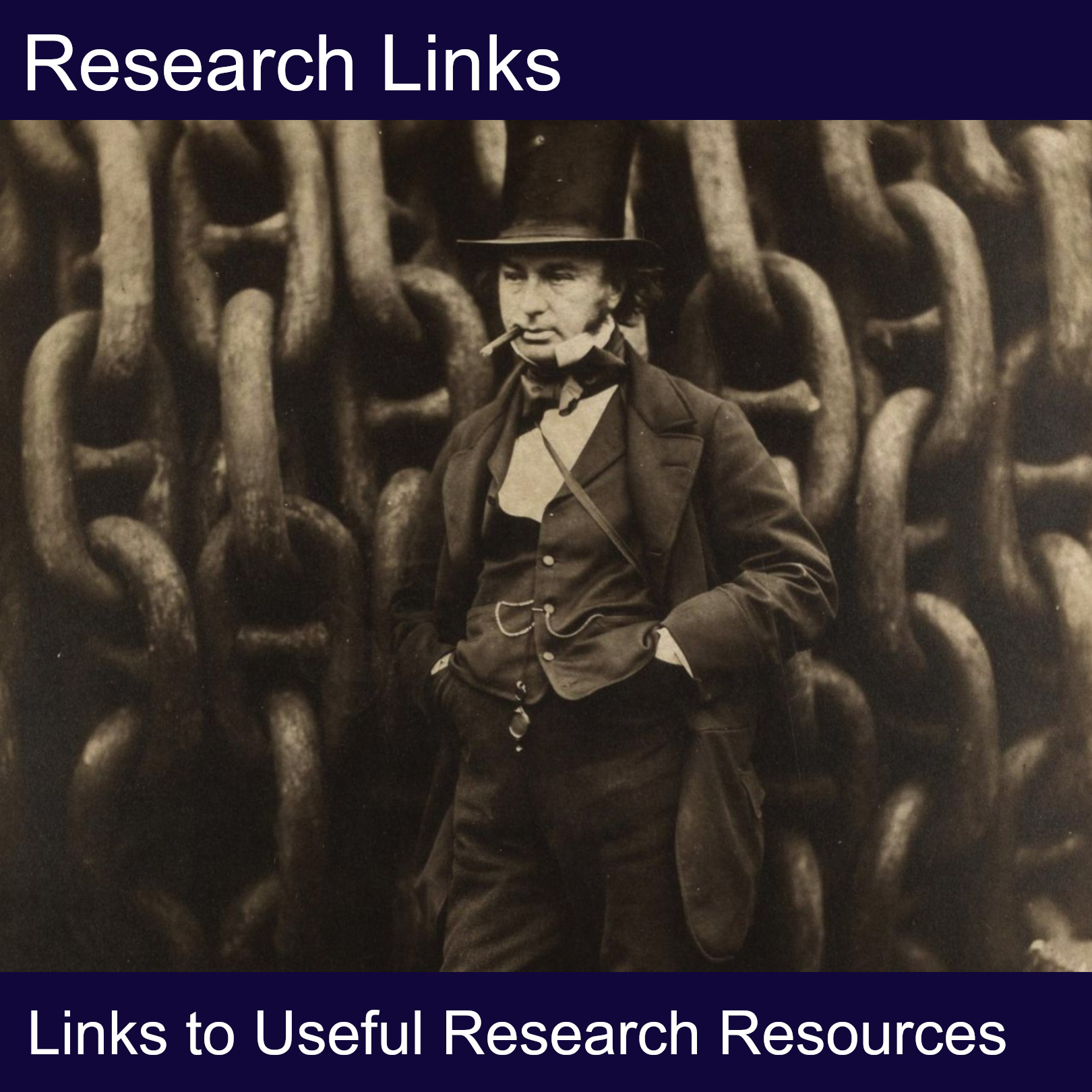 The Links website is provided in conjunction with the SeaTheShips website and was created to bring together links to other resources found useful by those doing research into ships and other nautical matters. Since then additional pages have been added of general interest and for a wider range of historical research.